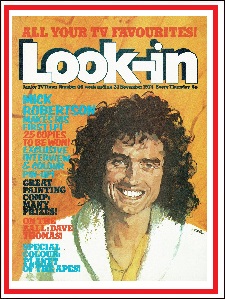 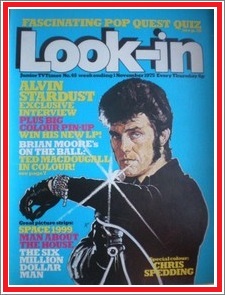 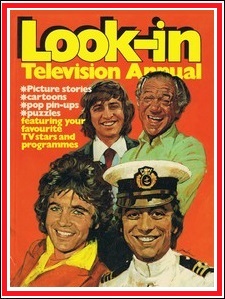 Posted by John Stewart at 03:18 No comments:

Three stories for you in this month's Kung Fu series, and a strange tale.  Story five is complete.  At the end of 1974 there was a strike, printers I think, and it resulted in 3 issues not being printed, These were 1974 No.51 and also 1975 No's 1 & 2.  As a result of this, story 6 did not conclude and story 7 seems to lack a proper beginning.  Look-in decided for whatever reason that these parts should be binned rather than printed, nontheless the stories are here, the only way the missing parts may be available is in original art, if anyone comes across pictures they think may fit, let me know, but for now enjoy what is here... 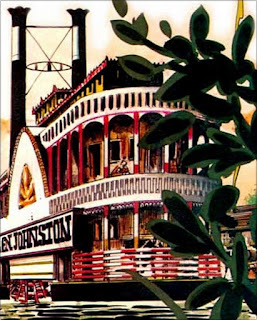 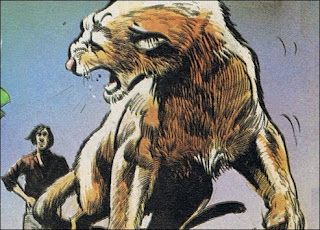 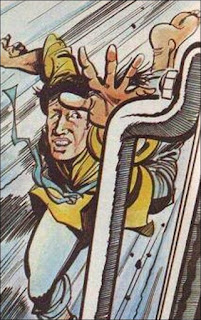 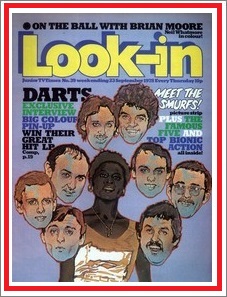 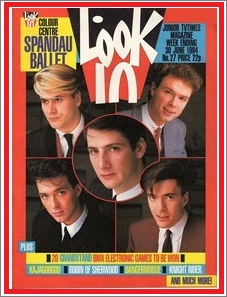 This should have went up yesterday, but I got sidetracked with stuff in the house and embarrassingly, I forgot..!!

That is the day Look-in was born, a whole 50 years ago now, Alan Fennel after a nearly a decade in comics and editor of the TV Times decided that TV Times should have a counterpart for youngsters, a 'Junior TV Times’.  From this idea Look-in was born and over 2 and a half decades it would become a mainstay for kids up and down the country, giving the very latest TV strips and news, and then later becoming a vibrant music paper too.  Look-in was always on the pulse of what was popular and often made things even more popular, we loved Yo-Yo’s, T-Shirts, Skateboards, BMX’s, Star Wars and a whole lot more because they were featured in Look-in.  I could say we had the very best artists, but some of them had been doing stuff before Look-in, and you can see their work in comics like TV21, Joe 90, Lady Penelope and Countdown, Alan gathered them all to add their brilliance to Look-in.  So here is my tribute to the best magazine ever, in my humble opinion, 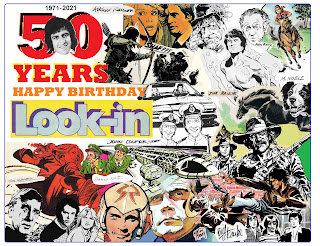 Posted by John Stewart at 01:41 No comments:

A double for you this week, starting with, from Ken, No.7 from 1975, thanks to Dan for 8 pages that were missing from it, and also one from me, the recently pourchased No.35 from 1977, thanks again to Dan for the Showaddywaddy feature/poster...have fun... 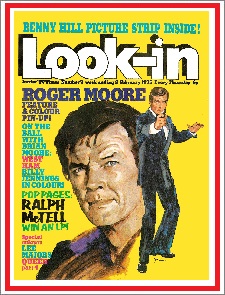 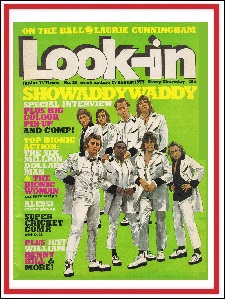 Posted by John Stewart at 03:08 No comments:

Well, we reach the end of 2020, and sadly not everybody came through unscathed.  I hope wherever you are the damage was minimal, and wish you continuing health for the new year.

I'd like, as usual to thank you all, wether you've visited, contributed, joined the Facebook group or done anything to keep this magazines legacy alive, and we will continue on until we have the complete collection, so keep visiting and keep the faith.

Special thank yous, as always to Dan, who has been as brilliant as ever this year, and also Ken, who has been great too, look forward to more from them,

Posted by John Stewart at 05:02 No comments: 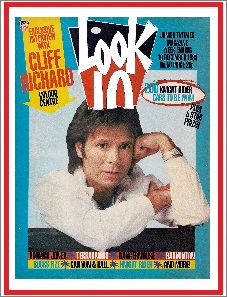